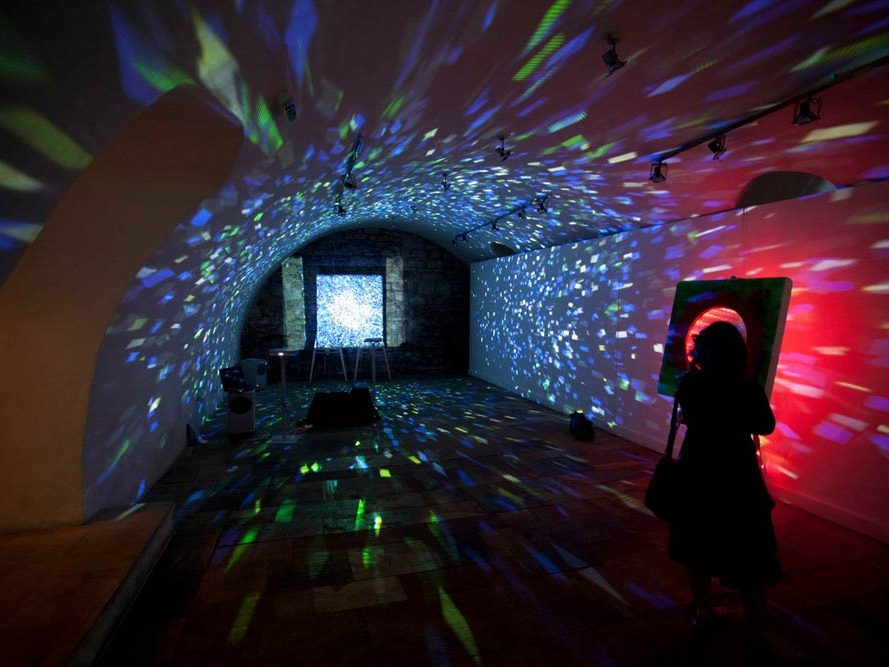 The video installation was developed on the basis of the relationships between the real and the virtual world, highlighting the constant swing of human existence between the two identities. Red-Green-Blue are the colors that make out the physical total of our virtual identities. At the same time, these three colors are capable of offering the entire range of nuances and eventual subtleties of our virtual character. Meanwhile, the show presents the opportunity of a cynical visualization of social networks, increasingly popular and omnipresent, and in which if you are not active, you do not exist, something that sadly too often translates in the real world. The movements of the reflections on the Wall – their trembling and disappearance – symbolize the friends and relationships that show up and roll across each Wall, all formed of the same three RBG colors. Each of the present elements, including the music, lyrics, and materials are based on symbolism, and the final result that was obtained is fascinating, shiny, and vaguely commercial. This is highly adequate for this type of networks, through methods that are specific to entertainment, they mesmerize us and present to us the promise of a better world and offer an escape from the apparent dusty boredom of the real world.

First-time's charm - getting lost in the details of a captivating medium with limited time at disposal. When entering a competition with lots of variables, be sure that time is your friend, you reserve room for experimentation and get some helping hands around.